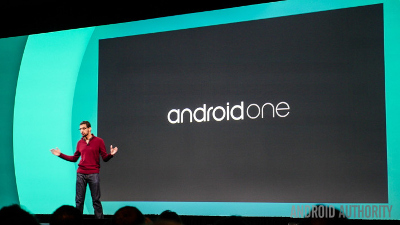 Google may be on the verge of breaking into developing markets with their cheap Android One handsets, but there seems to be a problem stifling many smartphone users in those specific countries. According to data from McKinsey and the International Labour Organization, a Jana survey of 8,000 smartphone users found that data expenses were among one of the biggest reasons why users don’t download or use applications on their smartphones. Specifically, over 25% of respondents of the survey from India, Indonesia, Thailand, Egypt and the Philippines considered high data costs to be the biggest obstacle holding them back from using apps. Google’s Android One platform might offer low-cost devices to emerging markets, but that doesn’t help the high prices of data costs at all.

According to a new report from The Information, Google may be looking for ways to subsidize data costs so users can actually use their smartphones. Google engineers have reportedly been in talks with app developers in emerging markets to reduce or even completely eliminate mobile data costs using a practice called “zero rating.” Zero rating is nothing new in the mobile world. It’s basically a way for app developers, such as Facebook or WhatsApp, to strike deals between wireless carriers to subsidize data costs, which can then be promoted by both the app developers and the carriers involved.

So where does Google come in? According to “sources familiar with the matter,” Google has plans to pilot this initiative in India with notable services like Flipkart, Snapdeal, Redbus and even Ola Cabs, India’s version of Uber. These services tend to rack up much more data than users are allotted per month, so the developers are already willing to pay the high bandwidth costs to get more users connected with their services. These are obviously the first apps and services Google is targeting with their initiative – companies that already practice the subsidization of data – to bring more users online.

Acting as the middleman would allow app developers to not have to make these zero-rating arrangements with individual carriers.

The fact that data costs are a major roadblock for app usage in the third world is something all Android App Developers and iPhone App Developers should consider when creating new apps, but it is not just third world mobile app users who have this problem. As developers we take our mobile apps seriously, they are a big part of our lives – so we often purchase top flight mobile plans with generous data allowances. It is easy to forget that not everyone has this kind of budget for their mobile data access – that many data access plans, particularly outside the USA, are expensive and restrictive.

Some low end mobile plans, even in countries like Australia, and parts of Europe (in fact pretty nearly every country except America) can sometimes include tiny mobile data allowances, which are rapidly exhausted by normal mobile app usage – either forcing mobile app users to start consuming expensive excess data, or leading to mobile data access being switched off.

Even on a higher level mobile app data usage plans, I sometimes find myself switching off cellular data, to conserve bandwidth – Android mobiles and iPhone mobiles sometimes attempt to transfer ridiculous amounts of data over the mobile cellular network, particularly if mobile cloud services are active. Outside of the USA, ignoring cellular data access can be an expensive mistake.

One of my clients recently suggested an innovative solution to this issue. Their iPhone App and Android App does not need immediate access to data, so the client requested that the mobile app be developed with the ability to pre-cache data – so that users could pre-load data via WIFI, to avoid large cellular network data transfers.

Altogether I think this issue should be taken as a real wakeup call – if you are designing a mobile app which potentially transfers significant amounts of data across the cellular network, it is well worth taking a little extra time to determine whether you can offer clients a way to minimise cellular traffic, either by offering an option to pre-load data via WIFI, or by offering a “minimal data” mode. Because for users in third world countries, sometimes even for users in first world countries, mobile data usage can be a real showstopper – it might make a real difference to the popularity of your mobile app in countries and scenarios, such as overseas roaming, where mobile data access is expensive.

Of course, you might be one of those lucky Android App Developers who received the offer from Google, to help subsidise use of your mobile app. Or this could become an option, if your Android App is popular, or attracts the attention of Google executives in some other way.