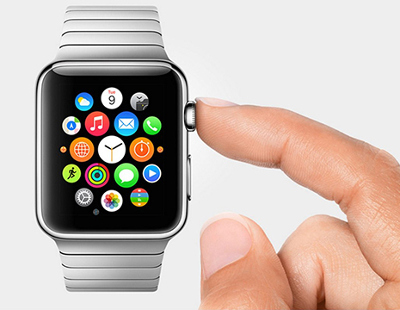 The truth is nobody knows. But the war of ideas and predictions is heating up fast as release day in April approaches.

Apple creative director Ken Segall has been mounting a spirited defence of iWatch against sharp criticism of its perceived battery life and cost issues.

You have to give CNN’s David Goldman a little credit.

With Apple’s next potential revolution still a few months away, he’s going for the gusto.

That’s the kind of bravado we like to see. Especially since no product in modern Apple history has ever flopped, despite the many who have predicted otherwise.

Fighting words from one of the top Apple execs. But I’m not so sure. One of the reasons the late Steve Jobs resisted embracing 3G in iPhones was 3G is a battery killer. Public pressure forced Apple into the 3G race, as users refused to tolerate the slower cellular 2G network speed, but for a time iPhone batteries took a dive – the first Apple 3G models, you were lucky if they lasted the day.

It is this precise criticism of iWatch – the short battery life, 10 hours or less by some reports, which I think is likely to make or break the first generation iWatches. Can you really tolerate a watch, no matter how smart, which will last less than a day of normal use? I mean, we’re all used to plugging our mobiles into the charger when we get to the office – but will we remember to plug in the watch?

There are a large number of people who will buy the new iWatch because it is the next shiny. As a techie geek, I’m fighting the inner temptation to camp out in front of the Apple store. But the rational part of me is telling me to hang back, wait and see.

Of course, I might still release an iWatch App project or two.

The risk of letting an opportunity slip

One of my biggest regrets is I didn’t hop on the Bitcoin revolution. Back in 2009, I downloaded a Bitcoin miner, I had a spare PC – I spent a few minutes trying to make it work, then got frustrated, bored with what seemed like pointless effort, and promptly forgot about it. Back then, in 2009, a normal PC could easily mine several hundred bitcoins over a few months. They were a curio, worthless, a geek toy. The people who stuck with it, who spent a few extra minutes making their new bitcoin software run, are now multimillionaires.

Similarly, nobody in the app world can forget the early days of the iPhone App developer goldrush. It is still possible to make serious money with iPhone apps, but in the early days it was ridiculous – pretty nearly every app written in the first wave made the authors a fortune. The app store was almost empty, so the competition was close to non-existent.

Will iWatch app development be another gold rush? Maybe. Will you be able to live with yourself, if the iWatch pioneers make a fortune, and you hesitated? When in retrospect it will all have seemed so obvious?