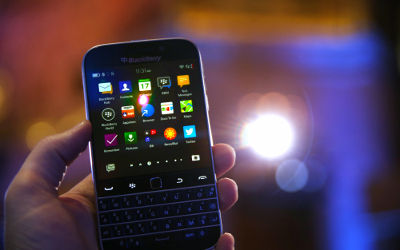 Blackberry has outrageously demanded that app developers be forced to support their platform, at the developer’s expense – that whenever a mobile app is released, app developers should be forced by law to also release a version of their app for the Blackberry platform.

In the late 90s, Blackberry was a popular platform. But they lost their crown to Apple and Google Android, because there was one crucially important aspect of their business which Blackberry neglected – their app developers.

When Apple iPhone exploded onto the scene, Apple’s focus on encouraging mobile app development gave their iPhone platform an unprecedented level of versatility – and swept previous incumbents like Blackberry from the field.

If you were CEO of a company which had just been so soundly outcompeted, what would you do?

The obvious solution, you could attempt some product innovation, you could try to find a way to tempt consumers back to your brand, by addressing its shortcomings.

Or you could do what Blackberry has just done – run to Washington, to try to force mobile developers to support your platform, by convincing politicians that your proposed anti-freedom law should be passed in the name of ensuring “equality”.

If Blackberry gets away with this audacious attempt to force others to prop up their business, to pay for their mistakes, this madness won’t stop with Blackberry – the law will apply to any mobile app platform, no matter how obscure.

Where do you draw the line? If some mom and pop business releases 500 phones, do you have to support their platform as well? If a Taiwanese manufacturer creates a new mobile OS, which has no presence whatsoever in English speaking markets, could they sue you if you fail to support their mobile app platform?

And of course, it won’t be long before other industries take notice, and start clamouring for “neutrality” laws of their own, to secure market share through government fiat rather than product innovation.

This madness must be stopped. The potential for this proposal to stifle innovation and crush startup businesses is breathtaking, but Blackberry doesn’t care. All they can see is a possible opportunity to convince legislators to force developers, anyone who commissions an app, to give Blackberry’s business a boost, without Blackberry having to pay a penny. Given Blackberry’s dismal market share, none of the effort devoted to creating blackberry apps is likely to yield a profit – but the “Blackberry Law” would still force you to provide an app for their system, at your own expense.