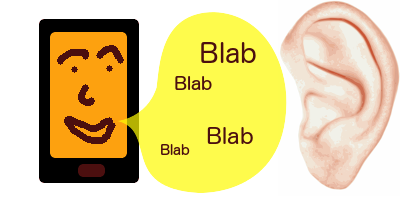 The Register reports on a bizarre new Android App hack, which literally makes your phone blab all its secrets.

The malware app sidesteps the normal attack vectors by doing one simple thing – calling the bad guy’s voice phone number – then the malware coerces the phone into actually “speaking” all your secrets down the phone line, using a bug in Google text to voice.

So next time your phone starts talking by itself, listen to what it is saying – because all that unexpected chatter might be something more sinister than a funny little software defect.